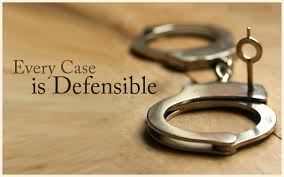 Defending Yourself In A Colorado Criminal Case – Understanding The Alternate Suspect Defense – The SODDI defense is fundamentally one of the most successful defenses to certain kinds of criminal charges that has ever been conceived.

The SODDI defense is used to essentially generate reasonable doubt in a case where the identity of the alleged perpetrator is weak. SODDI – “some other dude did it” or “some other dude done it,” is raised when a credible alternate suspect is raised by the Defense at trial.

In a case where the SODDI defense is raised – the Defendant does NOT deny the crime occurred (examples commonly include homicide, assaults, stranger based sexual assault, or aggravated robbery). Evidence establishing the existence of the crime is conceded by the defense – the reasonable doubt arises out of the inability of the State of Colorado to prove who committed the crime and where the Defendant can bolster this “alternate suspect” defense with evidence of – say – a well established alibi, lack of motive to commit the crime, weak identification testimony or poor forensics, …the SODDI defense takes on even greater persuasive power.

The Alternate Suspect Defense In Colorado

Although a Defendant under Colorado law has no burden to prove their innocence – a defendant may establish reasonable doubt in the State’s case by pointing to the guilt of an alternate suspect.

It must be remembered however, that the mere opportunity another may have had to commit the crime is not enough to make out this defense at trial. For example, under the Confrontation Clause, a judge has a very wide latitude to place reasonable limits on cross-examination based on concerns about such things as harassment, prejudice, or interrogation that is repetitive or only marginally relevant to the issues before the jury.

Therefore evidence of an alternate suspect sought to be admitted at trial by the defense – may be excluded if it only creates an unsupported inference or a possible ground for suspicion.

To successfully introduce the alternate suspect evidence in a Colorado criminal trial – a Defendant must establish that the other person committed some act directly connecting that person with the crime charged. Even though a Defendant has a broad constitutional right to defend him or herself at trial – the law allows a a judge to place reasonable limits on “collateral testimony” that – in the eyes of the judge – could result in a jury speculating on what is really a very weak evidenciary link to the alternate suspect.

Evidence in support of the alternate suspect must be “more than an unsupported inference or possible ground for suspicion.”

The acts and circumstances of both crimes, taken together, must be sufficient to support a finding that the same person was probably involved in both transactions. The factual details of the two crimes – the one committed and being tried and the one committed by the alternate suspect – must be distinctive enough to represent a “signature” of a single individual.

More Than Just A Motive To Commit The Crime

But don’t be misled by the limitations suggested above – while the “direct connection” to the alternate suspect in an identity case requires “MORE THAN merely showing motive or an opportunity to commit the crtime charged in the case” the kind of evidence admitted to show that connection is very broad.. as outlined below.

The rule can be stated as:

But the evidence must be “relevant.”

Relevant evidence means the probative value of the evidence is not outweighed by certain other factors such as unfair prejudice, confusion of the issues, or potentially misleading a jury. Relevancy is determined by assessing whether ” all of the similar facts and circumstances, taken together, support a finding that the same person was probably involved in both transactions….”

Relevant evidence is evidence “having any tendency to make the existence of any fact that is of consequence to the determination of the action more probable or less probable than it would be without the evidence.” CRE 401.

The test of relevancy is whether it renders the claimed inference more probable than it would be without the evidence. It does not matter that other inferences may be equally probable; it is for the jury to determine what motivated the behavior.

The Rules of Evidence strongly favor the admission of proffered evidence when it is material and satisfies the probability standard of CRE 401. Under CRE 402 (“All relevant evidence is admissible.)

A judge may – in its discretion – exclude relevant evidence ONLY “if its probative value is substantially outweighed by the danger of unfair prejudice, confusion of the issues, or misleading the jury,” CRE 403 (emphasis added), The law strongly favors the admission of relevant evidence.

Some Examples Of Alternate Suspect Defenses

A defendant is charged with arson arising out of a fire in a run-down, largely vacant apartment building. A witness testified that he saw a truck leaving the scene at high speed with its lights off. The truck was registered to the former owner of the building, who retained a security interest in the building. The defendant is allowed to call – as an adverse or “hostile witness” the former owner as a witness to question him about his financial records, the disposition of insurance proceeds recovered as a result of the fire, and a fire in the another building he owned near the apartment building.

Some Important Trial Rights To Remember Under Colorado Criminal Law

Another common defense is the defense attack on the state’s investigation of the case. At trial – the defense scrutinizes the methods used -or not used – to investigate and learn the facts of the crime. The two defenses – a poor investigation that fails to exclude other suspects – and the alternate suspect defense outlined above. However while they can overlap – they depend on different inferences or theories of relevancy arising out of the evidence or lack of evidence in the case.

An inference may be drawn from a poorly investigated case that the People’s case is unreliable because the police failed to pursue leads that a reasonable police investigation would have uncovered. Having failed to follow these leads significant evidence of the defendant’s innocence may have been missed. A careless, incomplete, or poorly focused investigation may mean that other perpetrators were missed.

Thus, evidence concerning the sufficiency and reliability of the State’s investigation has relevance to the defense and should be heard by the jury.

ABOUT THE AUTHOR: H. Michael Steinberg – Email The Author at [email protected] – A Denver Colorado Theft Crimes Criminal Defense Lawyer – or call his office at 303-627-7777 during business hours – or call his cell if you cannot wait and need his immediate assistance – 720-220-2277. Attorney H. Michael Steinberg is passionate about criminal defense. His extensive knowledge and experience of Colorado Criminal Law gives him the edge you need to properly handle your case.

A Disclaimer: While every effort has been made to ensure the accuracy of this publication, it is not intended to provide legal advice as individual situations will differ and should be discussed with an expert and/or lawyer. If you are seeking counsel there maybe other more specific technical or legal advice on the information provided and related topics. For that, please contact the author.

If you are charged with A Colorado crime or you have questions about the topic of this article – Defending Yourself In A Colorado Criminal Case – Understanding The Alternate Suspect Defense, please call our office. The Law Offices of H. Michael Steinberg, in Denver, Colorado, provide criminal defense clients with effective, efficient, intelligent and strong legal advocacy. We can educate you and help you navigate the stressful and complex legal process related to your criminal defense issue.

H. Michael Steinberg, is a Denver, Colorado criminal defense lawyer with over 30 years of day to day courtroom experience – specializing in Colorado Criminal Law along the Front Range. He will provide you with a free initial case consultation to evaluate your legal issues and to answer your questions with an honest assessment of your options. Remember, it costs NOTHING to discuss your case. Call now for an immediate free phone consultation.

Contact A Lawyer with Three Decades of Experience as a Denver Criminal Attorney at The Steinberg Colorado Criminal Defense Law Firm today.

Colorado Defense Lawyer H. Michael Steinberg regularly appears and provides solid criminal defense for clients throughout the Front Range of Colorado – including the courts of:

and all the other cities and counties of Colorado along the I-25 Corridor… on cases involving the subject of this article – Defending Yourself In A Colorado Criminal Case – Understanding The Alternate Suspect Defense.