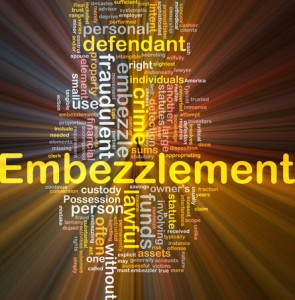 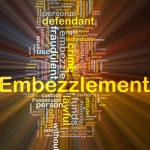 Colorado Criminal Theft Laws – Understanding The Nature Of Embezzlement Crimes – Colorado and The United States Judicial Circuit covering Colorado recognize and prosecute various forms of Theft crimes commonly located under the umbrella term – embezzlement. But embezzlement is unlike other forms of Colorado theft crimes because it implies the theft of property or money when one is in a position of trust.

This article addresses why embezzlement crimes are most often prosecuted more harshly than other kinds of Colorado theft crimes.

What Does “Embezzlement” Really Mean?

The term embezzlement is derived from the middle English – Anglo-French word for embeseiller: to destroy.

Embezzlement is distinguished from what one considers “ordinary” theft because the crime of the misappropriation of property and/or money is committed by a person who has been entrusted with that property. The second and more important distinguishing characteristic is that the person who takes possession of the property does so legally by virtue of their position of trust.

A person suspected of embezzlement will often take small amounts of money over a period of time. or they may make  “take” a large amount of money all at one time. Almost all crimes of embezzlement include some form of “cover up.” The cover up can include moving money between bank accounts, transferring funds to dummy accounts or middlemen or producing phony invoices for items that were never ordered or delivered to the employer.

As noted, embezzlement “schemes” can place over many months or years or they can be completed in days or weeks. Embezzlers rarely turn themselves in. The scheme is usually discovered or “uncovered” by accident during an audit.

First – the relationship that exists between the suspect and the victim is based on trust – known as a fiduciary relationship.

Second – the property taken by the suspect is taken as a direct result of that relationship.

Third – the suspect fraudulently “assumes” ownership of the property personally and/or the property is transferred to another.

Fourth – the suspect’s taking of the property was not a mistake but was done with “intent” or intentionally.

Many believe that if stolen money is returned the crime of embezzlement cannot be charged. This is not true. The crime is committed at the time the property is taken. Furthermore, employee theft is by far the most common example of embezzlement. Because there is often easy access to an employer’s property, the opportunity to commit embezzlement is a constant temptation as the money is always there and waiting.

One of the keystone issues in a Colorado embezzlement charge is proof that the suspect understood at the time they were allegedly committing the crime that they were taking the money or property. If that person is NOT aware that an act was wrong at the time.. there is no intent to commit the crime. Put differently, if an employee believes that the money or property appropriated was taken “rightfully” – that is, they believe they had a legal right to take the money but were misinformed – there can be no crime of embezzlement.

ALL crimes can be reduced to the crime’s essential “elements.” A key to the crime of embezzlement is the requirement of intent. The taking of the money and property in question must be done purposely with the intent to “defraud.” The money or property must be taken from the business owner with the intent to permanently deprive the owner of the property. Usually the person taking the money is in a position of trust to the owner of that money.

The best example of this is at the Federal Level such as where the defendant takes money using“sophisticated means.” Under federal law 18 U.S.C.§3B1.3, where a defendant abuses a “position of trust” or uses a “special skill” in a manner that “significantly facilitated the commission or concealment of the offense” the sentence, under the federal sentencing guidelines, is significantly enhanced.

The sole basis for the enhancement is the violation of trust and special skills necessary to carry out the crime in this fashion. Persons charged with various forms of embezzlement in Colorado are often placed in positions of trust that make it easy for them to use that position of trust to take money and property.

On the other hand, mistakes (of fact) can, and often do occur, whereupon individuals, once thought to have appropriated their employer’s money or property, did NOT have the intent to defraud but had merely made a mistake in judgement that led to a loss of money or property.

How Embezzlement Is Punished – The Basis Of The Sentence

Whether it be at the federal level or the state level, sentencing for a conviction of a crime that involves embezzlement, like other theft crimes, will most turn certain “factors” such as:

Of critical importance also, is something called the payment of restitution – basically the speed at which the money or property is restored. All of these factors are used by the Court to determine the sentence.

Embezzlement, by its very nature, occurs quietly and may occur over long periods of time. Thus it revolves around notions of fraud and deceit. To understand embezzlement, you must also understand the nature of fraud.

1. A representation about a material fact, which is false,

2. Which representation is made intentionally, knowingly, or recklessly,

3. Which is believed by another (the victim),

4. And then acted upon or relied upon by the victim,

5. And the victim suffers damage.

Or, put a little differently:

• A misrepresentation of a material fact

• Made with knowledge of its falsity

• The victim relies upon the misrepresentation and

• The victim suffers damages as a result

The 4 elements typically found in this scenario (and found in the mind of the person committing the fraud) are:

1. There is an opportunity to commit fraud.

2. There is a perceived low chance of the fraud being discovered.

3. There is a “rationalization” at work in the “fraudsters” thoughts, and

4. There is some identified ” justification” that accompanies that “rationalization.

In my experience, the element of “rationalization” is the critical component of most frauds because most persons in this situation have a conscience and are forced to reconcile their conduct with the existence of personal notions of decency and trust. These are usually “new” criminals, not habitual criminals.

Thus, research shows that, contrary to popular belief, most fraud perpetrators (87.9 percent) have never been charged or convicted of a crime prior to being charged with embezzlement and while there are individuals who are habitual criminals – who steal for the sake of stealing or those who steal for personal prestige or steal because they feel they are somehow “morally superior” – most persons charged with the act of embezzlement take money out of a desperate need and arising out of an ongoing crises in their lives.

Unfortunately embezzlement has been the highest ranked financial crime for more than 30 years.

Summary And Conclusion: The Defenses to Colorado Charges Of Embezzlement

To summarize the elements of an embezzlement case:

Embezzlement is the wrongful appropriation of money or property by a person to whom it has been lawfully entrusted (or to whom lawful possession was given). It involves a breach of trust,

Intent is the key to defending an embezzlement charge. in the absence of a clear paper trial or a confession or other incriminating statements, intent may be difficult for the state to prove up.

A list of the most common defense theories in an embezzlement case include, but are not limited to:

If you found any information I have provided on this web page article helpful please click my Plus+1 or the Share button below so that others may also find it.

ABOUT THE AUTHOR: H. Michael Steinberg – Email The Author at [email protected] – A Denver Colorado Criminal Defense Lawyer – or call his office at 303-627-7777 during business hours – or call his cell if you cannot wait and need his immediate assistance – 720-220-2277. Attorney H. Michael Steinberg is passionate about criminal defense. His extensive knowledge and experience of Colorado Criminal Law gives him the edge you need to properly handle your case.

A skilled Colorado criminal defense lawyer will investigate all of the facts in your case and listen to your side of the story. The law is clear, a charge is not evidence of anything. Just because you are charged with a crime does not mean the State can prove a case against you beyond a reasonable doubt.

With an experienced Colorado criminal defense lawyer, there may be opportunities to expose flaws in the State’s case and have crucial evidence thrown out.

You must make a responsible choice for a Colorado Criminal Defense Lawyer – we encourage you to look at our firm. Over the last 30 plus years – H. Michael has attempted to master nearly every area of criminal law, procedure, trial and courtroom practice and he is passionate about getting you the best result in your case. He has written, and continues to write, extensively on Colorado criminal law and he hopes this article helps you in some small way – Colorado Criminal Theft Laws – Understanding The Nature Of Embezzlement Crimes. 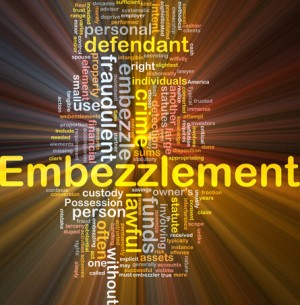 Article Name
Colorado Criminal Theft Laws - Understanding The Nature Of Embezzlement Crimes
Description
Colorado and The United States Judicial Circuit covering Colorado recognize and prosecute various forms of Theft crimes commonly located under the umbrella term - embezzlement. But embezzlement is unlike other forms of Colorado theft crimes because it implies the theft of property or money when one is in a position of trust.
Author
H. Michael Steinberg