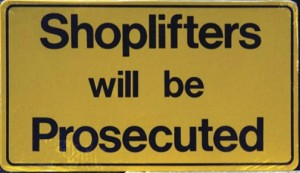 Colorado Shoplifting Law – How Far Can The Store Go To Make An Arrest?

Colorado Shoplifting Law – How Far Can The Store Go To Make An Arrest? – While I have written on the difference between “shoplifting law” and common theft law in the recent past (2016), this article addresses the issue of the legal right of the store to stop, investigate, and arrest a person suspected of shoplifting in the State of Colorado.

Recall that retail “shoppers” who conceal merchandise within the store (without leaving the store) or who perform acts such as fraudulently manipulating the packaging of an item to pay less than the stated price on the item, have, under most Colorado shoplifting laws, committed the crime of shoplifting even if the person is apprehended and never actually succeeds in removing the property from the store.

With the exception of the most high end jewelry stores, most Colorado retail stores do not have law enforcement off duty and present to detect and arrest those suspected of shoplifting.

Typically, the local police are called to the scene after a Colorado shoplifting suspect is apprehended by loss prevention staff. This article examines that relationship – the alleged witnessing of the shoplift – the encounter between the loss prevention person and the store employees, the investigation and the arrest.

As noted, under Colorado law the mere concealment of an item – if the intent is to steal it – is charged as shoplifting. Also, under Colotado law, if store security or a store employee suspects that a suspect has concealed in the course of attempting to commit a theft of store property the law allows that store employee to detain and question that suspect pursuant to 18-4-407 CRS.

Here is a reprint of the law granting the store the “license” (legal permission) to detain and question a suspected Colorado shoplifter:

§ 18-4-407. Questioning of Person Suspected of Theft Without Liability

If any person triggers an alarm or a theft detection device as defined in section 18-4-417(2) or conceals upon his person or otherwise carries away any unpurchased goods, wares, or merchandise held or owned by any store or mercantile establishment, the merchant or any employee thereof or any peace officer, acting in good faith and upon probable cause based upon reasonable grounds therefor, may detain and question such person, in a reasonable manner for the purpose of ascertaining whether the person is guilty of theft.

The “Reasonable Belief” That Shoplifting Has Occurred

Here’s the rub. What IS a reasonable belief that shoplifting has occurred?

The law uses the legal terms “good faith and probable cause based upon reasonable grounds” in support of the detention – (which is really an arrest – as the person is in custody for all intents and purposes). What follows is the specific language that is so important.

“the merchant or any employee thereof…, acting in good faith and upon probable cause based upon reasonable grounds therefor, may detain and question such person, in a reasonable manner for the purpose of ascertaining whether the person is guilty of theft.” – 18-4-407 CRS

The fear of the merchant is that an error will occur in the apprehension of a suspected shoplifter and there will be a potential civil suit for false arrest.

After the arrest is made – a merchant must produce the kind of evidence that meets the legal standards enumerated above. While the store owners like to call these arrests “investigative detentions” which fall within their “merchant’s privilege,” they are actually an exercise of discretion given license under the law … and they are ARRESTS.

While the law provides a sort of immunity legal actions for “slander, false arrest, false imprisonment, malicious prosecution, or unlawful detention ” that immunity is conditioned on the merchant an meeting the standards of the law.

The word “reasonable” and “detain” are ill defined in this law. It is important to note that the law does not “deputize” merchants under Colorado state law – it does not invest in these employees the authority of state law. The “license” assigned by law to a shopkeeper is intended only to permit a kind of reasonable self help to protect the merchant’s property… nothing more.

Merchants DO NOT have the kind of immunity that cloaks the police and other law enforcement actors such as the District Attorney who actually ARE cloaked under color of state law.

A Colorado security guard or other employees must have a quantum of evidence known as “probable cause” to believe a crime has been committed before stopping a suspect.

The concept of “probable cause” is well defined and is usually established in shoplifting cases through the following kinds of evidence:

1. Surveillance video of the crime.

4. Statements made by the suspect in response to questioning,

5. The location of the stolen property, it’s condition and other similar factors.

The most common example supporting probable cause to arrest a suspected shoplifter is the customer who conceals an item under his or her coat and then deliberately and immediately walks toward the exit. If spotted, a security person is well within the law in acting to stop that person BEFORE they can leave the store and escape into the parking lot.

The Defense Of A Colorado Shoplifting Case

Shoplifting cases can be defensible. The State must prove that the accused intended to steal the item and while concealment of the item is a bare bones case – (known as a prima facie case) – it may not be enough to convict. It is important to stress here that in every criminal case, the prosecution is held to the much higher standard of proof “beyond a reasonable doubt.” Innocent actions in alleged shoplifiting cases are often misconstrued.

Was there consistent and continuous observation of the shoplifter at all times?

Did the security guard or other employee observe the shoplifter fail to pay for the merchandise?

While not required – these standards are recommended by the industry for the apprehension of a suspected shoplifter. They may add some clarity to your experience:

Attacking The States’ Case – The Witness Who Is Not Credible

If an alleged act of shoplifting rests solely on a stranger’s observation and report – the case should be rejected for prosecution. Fellow customers are almost always untrained and if they report what they think is an act of shoplifting – it will almost always be considered unreasonable to detain and accuse someone of theft based on that kind of evidence without more.

What Is a Reasonable Detention?

Once more, here is the language of the statute:

…the merchant or any employee thereof…. acting in good faith and upon probable cause based upon reasonable grounds therefor, may detain and question such person, in a reasonable manner for the purpose of ascertaining whether the person is guilty of theft.

I would argue that a “reasonable manner” does not include tackling, punching, or otherwise injuring a customer in the parking lot. Verbal abuse of alleged shoplifters, or the excessive or unreasonable use of handcuffs, leg restraints, various choke holds, or other forms of pain compliance are, in most instances, considered excessive. Only minimal force should be used.

It is also excessive in a misdemeanor or petty theft case to detain a suspected shoplifter for a very long time such as three hours merely to investigate a minor crime such as shoplifting. If police response times in the location are routinely lengthy – that might change this variable.

Plea bargaining must be considered as a reasonable option in the average shoplifting case. If the DA will agree to a deferred judgement and sentence (usually offered to first time offenders) that terminates in a dismissal – which is sealable under Colorado law – the result is a clean record and an appropriate level of justice for what really is – for most – a one time error.

Colorado Shoplifting Law – How Far Can The Store Go To Make An Arrest?

If you found any of the information I have provided on this web page article helpful please click my Plus+1 or the Share buttons for Twitter and Facebook below so that others may also find it.

The reader is admonished that Colorado criminal law, like criminal law in every state and at the Federal level, changes constantly. The article appearing above was accurate at the time it was drafted but it cannot account for changes occurring after it was uploaded.

If, after reading this article, you have questions about your case and would like to consider retaining our law firm, we invite you to contact us at the Steinberg Colorado Criminal Defense Law Firm – 303-627-7777.

Never stop fighting – never stop believing in yourself and your right to due process of law. You will not be alone in court, H. Michael at your side every step of the way – advocating for justice and the best possible result in your case.

ABOUT THE AUTHOR: H. Michael Steinberg – Email The Author at [email protected] – A Denver Colorado Criminal Defense Lawyer – or call his office at 303-627-7777 during business hours – or call his cell if you cannot wait and need his immediate assistance – 720-220-2277. Attorney H. Michael Steinberg is passionate about criminal defense. His extensive knowledge and experience of Colorado Criminal Law gives him the edge you need to properly handle your case.

“A good criminal defense lawyer is someone who devotes themselves to their client’s case from beginning to end, always realizing that this case is the most important thing in that client’s life.”

You should be careful to make a responsible choice in selecting a Colorado Criminal Defense Lawyer – and we encourage you to “vet” our firm. Over the last 30 plus years – by focusing ONLY on Colorado criminal law – H. Michael has had the necessary time to commit to the task of constantly updating himself on nearly every area of criminal law, to include Colorado criminal law and procedure and trial and courtroom practice. H. Michael works hard to get his clients the best possible results in and out of the courtroom. He has written, and continues to write, extensively on Colorado criminal law and he hopes this article helps you in some small way – Is Shoplifting The Same As Theft Under Colorado Criminal Law? 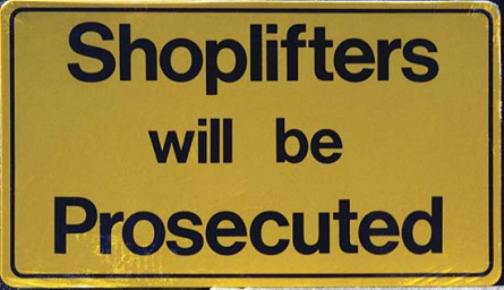 Article Name
Colorado Shoplifting Law - How Far Can The Store Go To Make An Arrest?
Description
While I have written on the difference between "shoplifting law" and common theft law in the recent past (2016), this article addresses the issue of the legal right of the store to stop, investigate, and arrest a person suspected of shoplifting in the State of Colorado.
Author
H. Michael Steinberg