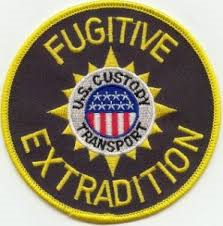 Colorado Extradition Law – Can I Post Bail Before I Am Extradited?

Colorado Extradition Law – Can I Post Bail Before I Am Extradited? – If you are arrested and held for extradition on an interstate arrest warrant – you are entitled in most cases to try to post bail with the goal of returning to the “demanding state” under the Uniform Criminal Extradition Act.

Q: Can I post bail if I am awaiting extradition?

(1) Unless the offense with which the prisoner is charged is shown to be an offense punishable by death or life imprisonment under the laws of the state or territory or country in which it is alleged to have been committed, or having been convicted of a crime in the demanding state, the fugitive is alleged to have escaped from custody or confinement in the demanding state or to have violated the terms of his or her bail, probation, parole, or sentence, or the fugitive has executed a written waiver of extradition pursuant to section16-19-126, …

When any such person has been served with a governor’s warrant, such person shall no longer be eligible to be admitted to bail.

(2) Before granting the bond provided for in subsection (1) of this section, the judge of the district court within the state of Colorado to whom such application for bail is made shall cause reasonable notice to be served upon the district attorney of the judicial district within which an application is made and also upon the person or authority holding or detaining the person.

The Origins Of The Right Of A State To Demand Extradition

Both the United State Constitution and statutory provisions adopted by the states – Uniform Criminal Extradition Act – determine the scope of the authority of a Judge to grant bail in extradition proceedings.

“(2) [Fugitives from justice.] A person charged in any state with treason, felony or other crime, who shall flee from justice, and be found in another state, shall, on demand of the executive authority of the state from which he fled, be delivered up, to be removed to the state having jurisdiction of the crime.”

Therefore, Article IV, Section 2, Clause 2, of the United States Constitution places an affirmative duty on the governor of the asylum state to return fugitives from justice upon proper demand of the executive authority of the demanding state.

The Uniform Criminal Extradition Act expressly provides a statutory right to bail “pending service” (prior to the receipt) of the governor’s warrant BUT after the Governor’s Warrant has been served no right to bail exists.

Bail is permissible in any case except those in which an offense is punishable by death or life imprisonment, according to the laws of the demanding state.

The rationale for this later denial of bail follows:

“[B]ecause the fugitive is being held for another state he should be readily available to be turned over to those who arrive to return him. A presumption exists that the demanding state will accord the fugitive all his legal rights, including that of bail. A special obligation to deliver a fugitive is owed to a sister state – an obligation which makes bail inappropriate after the stage when issuance of the governor’s warrant is reached.”

If you make the decision to try to fight extradition using a procedure called a petition for habeas corpus you will also be denied the right to bail.

Since bail is only available during an extradition proceeding if there is no waiver, I usually advise my clients not to waive or contest extradition – but to seek bail and the Judge’s permission to leave the state and voluntarily return to the demanding state – where the client will be required to post THAT state’s bond.

A trial judge can only accept a waiver of extradition after he or she has informed the accused of the right to demand the issuance of a Governor’s Warrant of Rendition AND the right to petition the Court for a Writ of Habeas Corpus.

Once the waiver is executed the Governor’s Warrant is no longer necessary and the accused cannot be released on bail in the absence of consent of the officials from both states – which never occurs.

Bail is permissible in any case except those in which an offense is punishable by death or life imprisonment, according to the laws of the demanding state.

The court may admit the accused to bail on two conditions:

(1) His appearance before the court at a time specified in the bond; or

(2) His surrender for arrest upon the Governor’s Warrant of Rendition.

If the fugitive fails to appear in the demanding state if permitted to voluntarily return to that state or fails to meet the conditions of bond (above) the individual is then subject to arrest without warrant on order of the court and forfeiture of the bond posted during the extradition process is permitted.

The UCEA2 has been adopted by 48 of the 50 states, (the only exceptions being South Carolina and Missouri). The Act sets forth the process by which a state may request surrender of a wanted individual and the manner in which that individual is surrendered.

While there are some variances among the Act as adopted by the states, the principal requirements for extradition are as follows:

A valid arrest warrant issued by the demanding state

If the demanding state does not take custody within 30 days, the prisoner may be discharged.

Colorado Extradition Law – Can I Post Bail Before I Am Extradited?

If you found any of the information I have provided on this web page article helpful please click my Plus+1 or the Share buttons for Twitter and Facebook below so that others may also find it.

If, after reading this article, you have questions about your case and would like to consider retaining our law firm, we invite you to contact us at the Steinberg Colorado Criminal Defense Law Firm – 303-627-7777.

ABOUT THE AUTHOR: H. Michael Steinberg – Email The Author at: 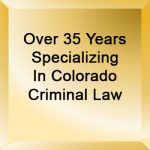 A Denver Colorado Criminal Defense Lawyer – or call his office at 303-627-7777 during business hours – or call his cell if you cannot wait and need his immediate assistance – 720-220-2277. Attorney H. Michael Steinberg is passionate about criminal defense. His extensive knowledge and experience of Colorado Criminal Law gives him the edge you need to properly handle your case.

“A good criminal defense lawyer is someone who devotes themselves to their client’s case from beginning to end, always realizing that this case is the most important thing in that client’s life.”

You should be careful to make a responsible choice in selecting a Colorado Criminal Defense Lawyer – and we encourage you to “vet” our firm. Over the last 30 plus years – by focusing ONLY on Colorado criminal law – H. Michael has had the necessary time to commit to the task of constantly updating himself on nearly every area of criminal law, to include Colorado criminal law and procedure and trial and courtroom practice. H. Michael works hard to get his clients the best possible results in and out of the courtroom. He has written, and continues to write, extensively on Colorado criminal law and he hopes this article helps you in some small way – Colorado Extradition Law – Can I Post Bail Before I Am Extradited?