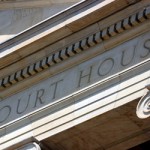 How To Defend A Colorado Criminal Theft Charge

How To Defend A Colorado Criminal Theft Charge – Tactics And Common Sense – If the evidence amassed against you in a Colorado theft crime is overwhelming and a jury verdict of not guilty is impossible, the experienced Colorado criminal defense lawyer must focus on a plea bargain resulting in the best possible result for the defendant – his or her client.

This article address so called aggravating and mitigating factors considered important to the District Attorney in making the decision of what plea bargains may possibly “on the table” for consideration.

Understanding what makes one defendant “more culpable” than another – when both have committed similar crimes – requires an analysis of what are called matters of culpability.  The United States Sentencing Guidelines assists in helping to separate what most state prosecutors will look at in deciding what position to take in reaching a plea bargain. The most important principles are discussed in the article below.

The kinds of factors important to Colorado District Attorneys (DA’s) in analyzing the target or targets of a theft prosecution might begin with the following things.

The Federal sentencing Guideline focuses closely on the motive – or the why of the crime.

These factors include … was the motive…(what did it include?)

Predatory – Were the offenses intended to inflict loss for the sole or dominant purpose of generating personal gain to the defendant or to others involved in the criminal undertaking – no legitimate purpose for them.

Legitimate From the State (ab initio) – The offenses arose out of otherwise legitimate efforts that crossed over into criminality as a result of unexpected problems.

Risk Shifting – Here the was never a specific intent to cause the loss. The risk just “shifted” from the defendant to a third party, such as the victim of the offense.

Gate-Keeping – In this situation there was never an intention to cause the loss and there was not intention to shift risk. The violation of law arises because so called “gatekeeping”requirements that are intended generally to prevent a risk of loss – failed.

Who Gains? What Was The Actual GAIN To The Defendant?

Was The Gain Commensurate With The Loss? – Was the gain or loss from the offense in an amount that was commensurate with the loss. The more they correlate the higher the degree of culpability.

Was The Gain Less Than Loss? – The opposite of the above.. The lees the gain loss for the individual – the less the degree of culpability in most cases.

Minimal or Zero Gain – If the defendant and others involved in the crime derives little or no gain from the offense, this again most likely means a lesser degree of culpability.

What Was The Degree of Sophistication Used In The Commission Of The Crime?

Here – culpability – sentencing issues – is impacted by whether the crime involved a high degree of sophistication. Here the organization committing the crime also impacts a greater threat of harm and therefore a higher level of responsibility.

BUT – where the crime – say shoplifting – is executed in a simple manner without involvement of a large organization or a lot of participants, this usually means a lesser threat of harm and a lower level of culpability.

To the extent that a specific defendant’s contribution to the crime’s sophistication is minimized, and there is no “organization” to speak of – that defendant would be considered less culpable.

Duration – How Long Did The Theft Take?

The duration of a theft crime is also important. Crimes that unfold over several months – even years – suggest a greater degree of culpability. On the other hand – Colorado theft crimes that happen in a single night ot over a very short period of time usually reflect a lower level of culpability.

Were There “Extenuating Circumstances” That Explain Or Even Excuse The Theft?

Some defendants will commit an offense in direct response to such situations as coercion or duress. This list is endless. It is the jobof the Colorado criminal defense lawyer to uncover how and why the crime occurred and to convey that to the prosecutor – DA.

A defendant’s level of ultimate culpability is almost always impacted by the nature of these extenuating circumstances and how these “mitigating factors” played a part in the commission of the offense.

What Efforts Were Made TO MITIGATE the Harm?

Was there a “voluntary cessation” to the crime by the accused BEFORE law enforcement became involved. Was the crime self-reported? Was Restitution paid in advance of the charging of the case?

If a defendant has taken steps that help to “mitigate” the harm cause by his or her actions – that will reflect a  lower level of culpability.

Where the accused voluntarily ceases the commission of a crime before it’s detection, this also decreases the level of culpability.

If a defendant “self-reports”  the commission of a Colorado theft crime, this is alwasy used by his lawyer to demonstrate remorse and accountability…especially if it is accompanied by the voluntary payment of restitution. On the other hand – if there is no payment of restitution because of a lack of financial resources to pay – that does not necessarily mean a harsher punishment.

There is not question howeverm that “up front” repayment of stolen monies is a big chip in the game.

In certain conspiracy cases – a defendant may not have withdraw from the conspiracy at the right time from a legal defense lawyer’s perspective – but ANY withdrawal before detection of the crime by the authorities can be argued as a mitigating circumstance.

The Factor of Victim Impact

What Was The Victim Impact?

There are FOUR Levels of victim impact in the federal system.

They are as follows.

How “Vulnerable” Were The Victims?

In Colorado – crimes protecting so called “at risk” LINK victims require “enchanted sentencing” simply based on the nature of the victim.. Older citizens, the mentally or physically infirm, and children – are all examples. Thus where a victim is identified and targeted by the accused ina criminal case specifically because of that vulnerability – there is a significantly higher degree of victim impact and the DA is likely to charge the enhanced crime and will be less likely to plea bargain in the case.

How Did The Loss Actually Impact The Victims?

If the financial loss in a Colorado theft crime has a significant impact on the victim’s employment – life savings – or financial condition – there is a correspondingly higher degree of victim impact and of course higher culpability. When the victim is an institution – such as a bank – this factor is greatly reduced.

What Role Did The Victim Play In The Inducement Of The Offense?

Finally, on rare occasions, the victim contributes to the crime ins some way. While rare – there are cases where the targeted victim induced the commission of the crime – participated in it in some form and does not have – what the law calls – “clean hands” with reference to their status s the victim. Here the culpability of the defendant is lessened of course on the issue of the ultimate impact on the victim and this becomes a “mitigator: for the Colorado criminal defense lawyer.

How To Defend A Colorado Criminal Theft Charge

ABOUT THE AUTHOR: H. Michael Steinberg – Email The Author  – A Denver Colorado Theft Crimes Criminal Defense Lawyer  – or call his office at 303-627-7777 during business hours – or call his cell if you cannot wait and need his immediate assistance – 720-220-2277.

If you are charged with A Colorado crime or you have questions about How To Defend A Colorado Criminal Theft Charge, please call our office. The Law Offices of H. Michael Steinberg, in Denver, Colorado, provide criminal defense clients with effective, efficient, intelligent and strong legal advocacy. We can educate you and help you navigate the stressful and complex legal process related to your criminal defense issue.

H. Michael Steinberg, is a Denver, Colorado criminal defense lawyer with over 30 years of day to day courtroom experience –  specializing in Colorado Criminal Law along the Front Range.  He will provide you with a free initial case consultation to evaluate your legal issues and to answer your questions with an honest assessment of your options.  Remember, it costs NOTHING to discuss your case.  Call now for an immediate free phone consultation.

Contact A Lawyer with Three Decades of Experience as a Denver Criminal Attorney at The Steinberg Colorado Criminal Defense Law Firm Today.